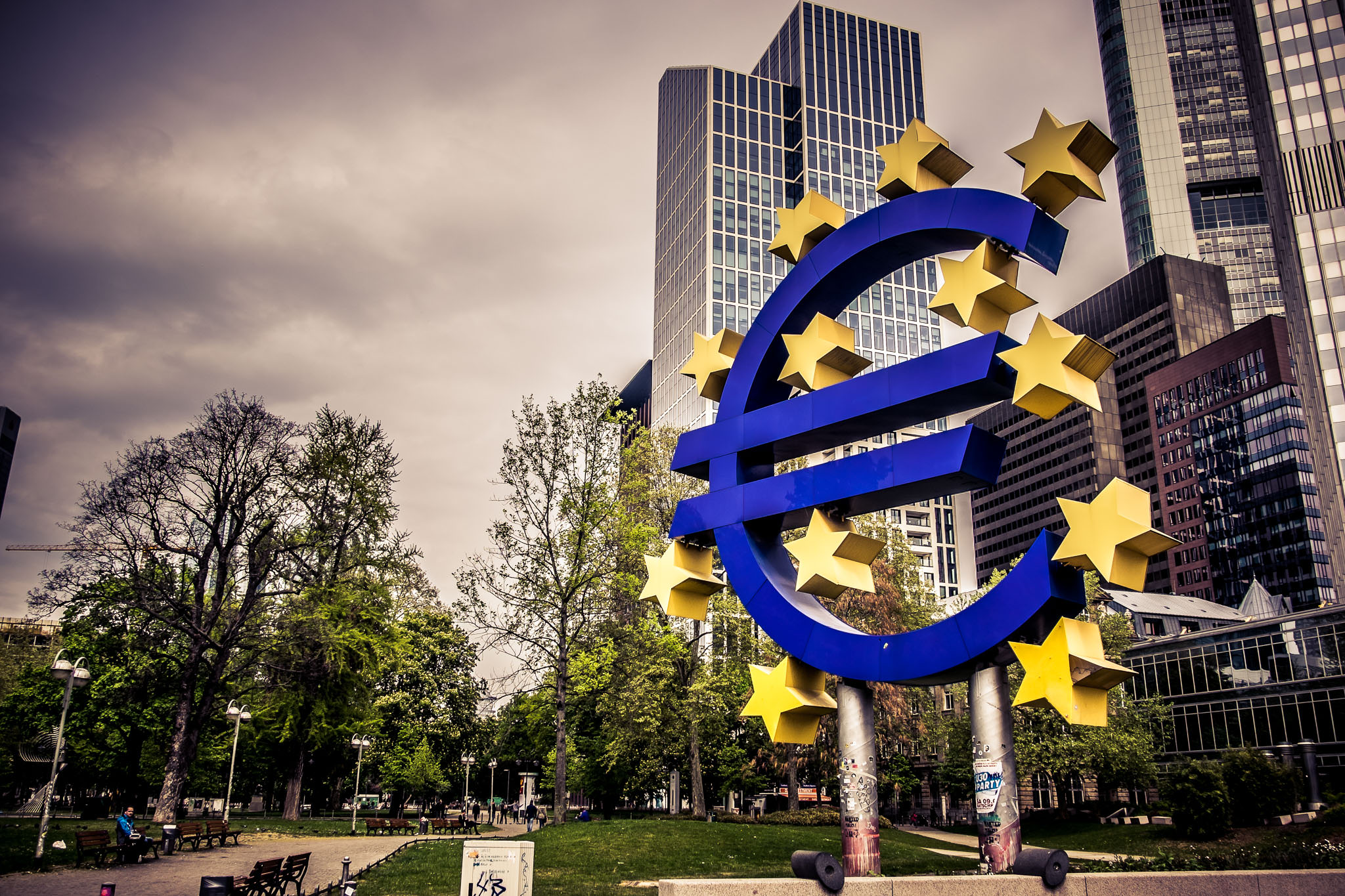 Frankfurt is often referred to as the Financial Capital of Germany due to such a economic presence in the city. You have the most number of Stock Exchanges in Frankfurt, more than any city in Europe so you could practically call Frankfurt Euro’s Capital.

Walking downtown, other than branded expensive stores, you constantly hear Ferrari’s, Porche’s, Lamborghini’s and other posh car engines revving their engines and turning heads. You can’t miss this giant Euro Symbol when you get to the financial area of downtown Frankfurt.