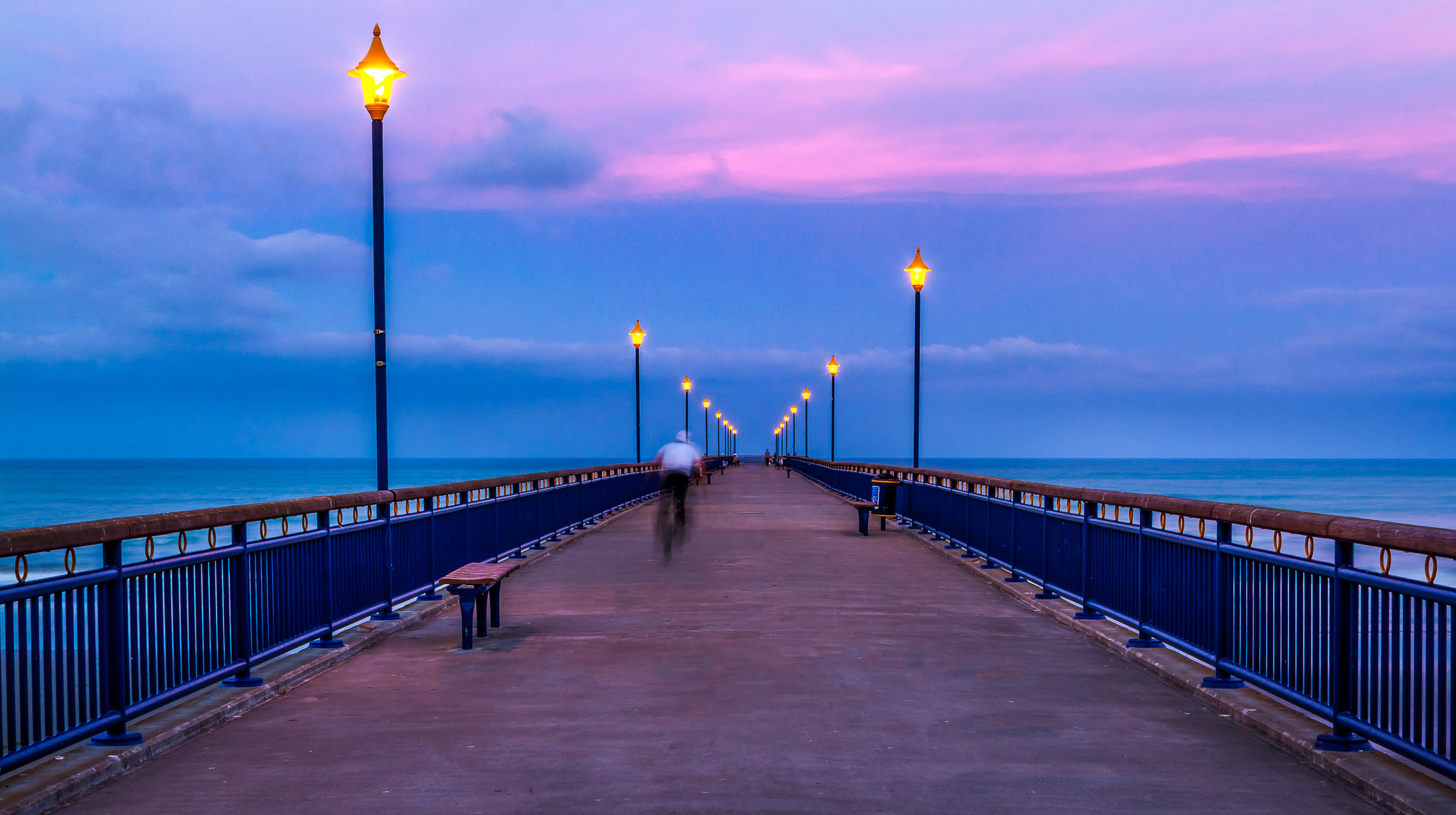 Christchurch is a beautiful city although still suffering from the damage caused by the Earth Quake on 22 Feb 2011. I happen to be in Christchurch on the Two Year anniversary of the disaster, it was a touching moment when 1 minute silence was held in respect to those who lost their lives.

Many of the roads are still under repair, buildings being build or demolished. However life still goes on and people get on with their day to day activities. This pier is connected to the back of the library in New Brighton, has two ramps on right and left for access to it. While I was taking photos a nice local gentleman approached me and peaked in front to the lens and said, “i’m in your photo now”. I explained, “its a long exposure and you won’t show up unless you stand here for a few minutes”. He then went on to tell me that after the earthquake of 2011, the pier moved away from the library building by about Half a Metre. He then showed me the metal plate that now bridges and closes this gap.

The pier itself looks in good health however its amazing to find out the whole structure moved by half a metre.

This photo was taken in three bracketed shots (-2, 0, +2) at F16 and ISO 100. Processed in Photomatix and then finished in Photoshop with Nik Color Efex.