Lens compression is a byproduct of zoom lens that has both Pros and Cons. However, you can use this to your advantage sometimes once you know how it works. Especially for landscape photography.

Consider the following example where you have a series of images all shot standing at the exact same spot but only at different focal lengths from 18-135mm. These images were captured using a Fujinon XF 18-135mm F3.5-5.6 LM OIS WR Lens attached to a Fujifilm X-T1 at Lake Tahoe in Reno, Nevada. Although this spot Kings Beach State Recreation Area is part of the California portion of the lake. The camera is pointing South towards the far end of the lake. 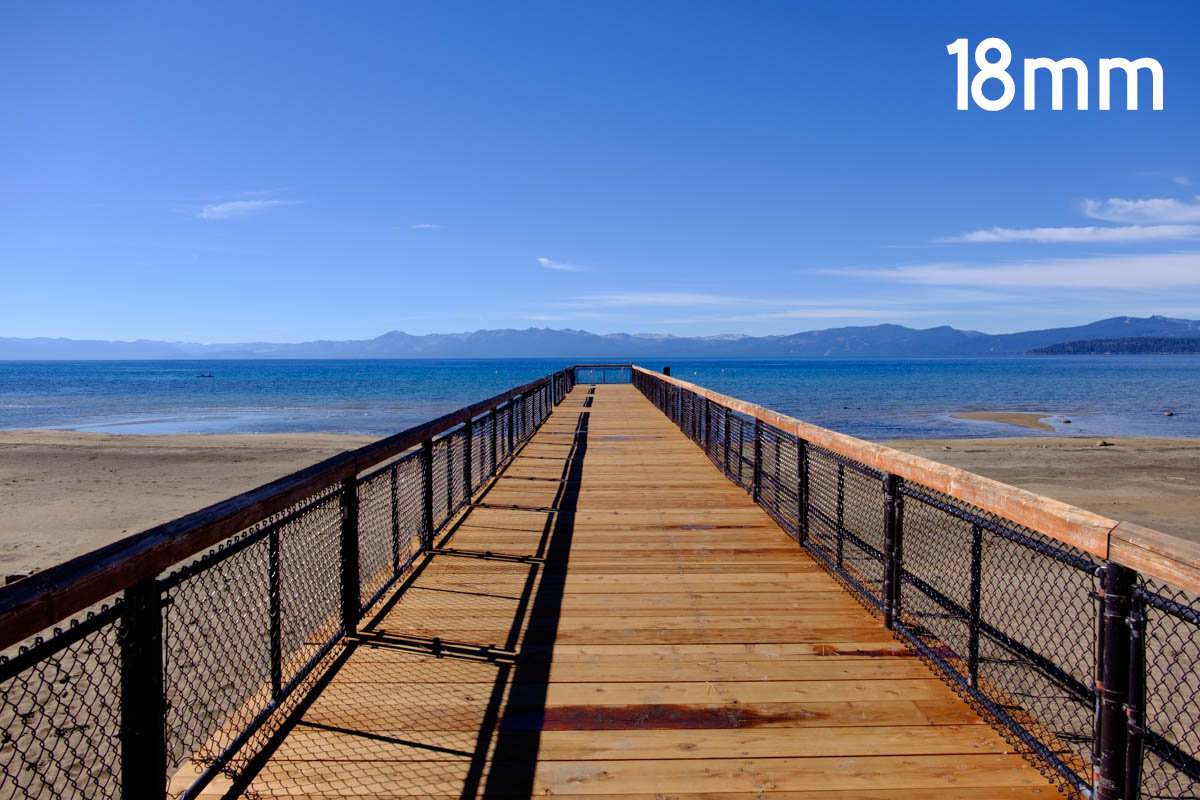 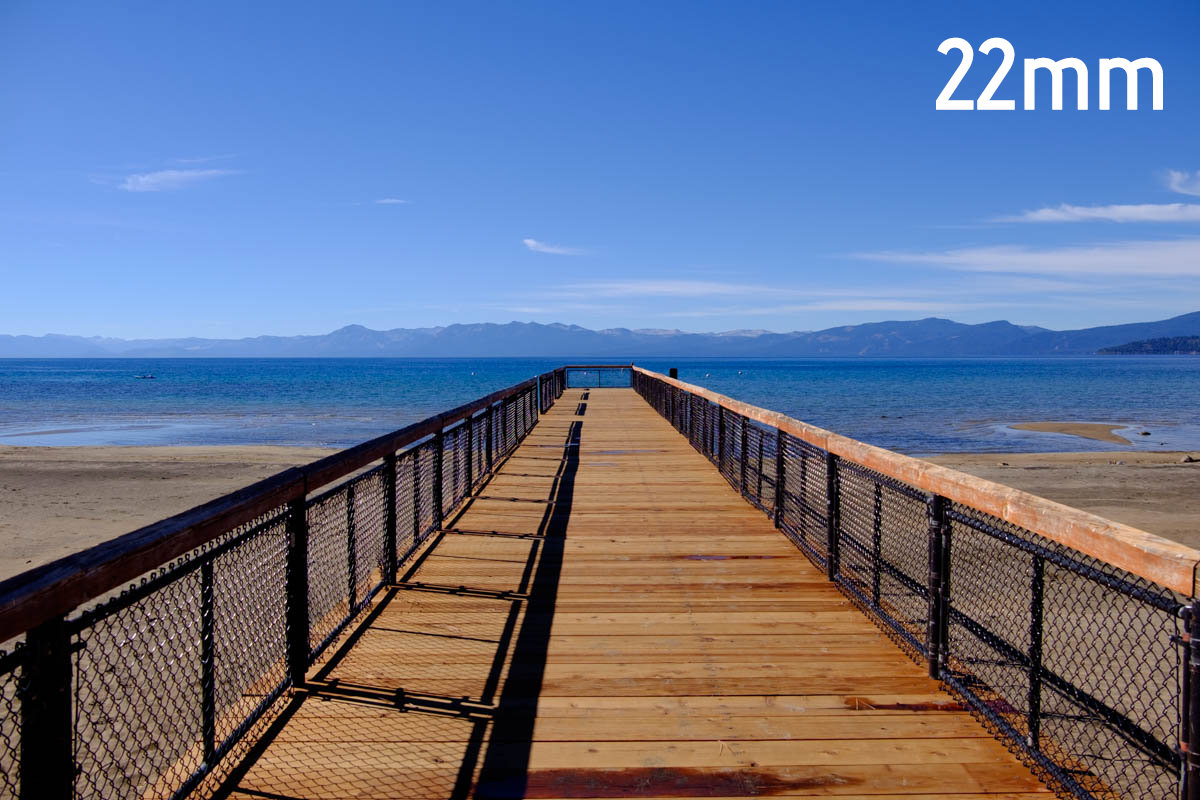 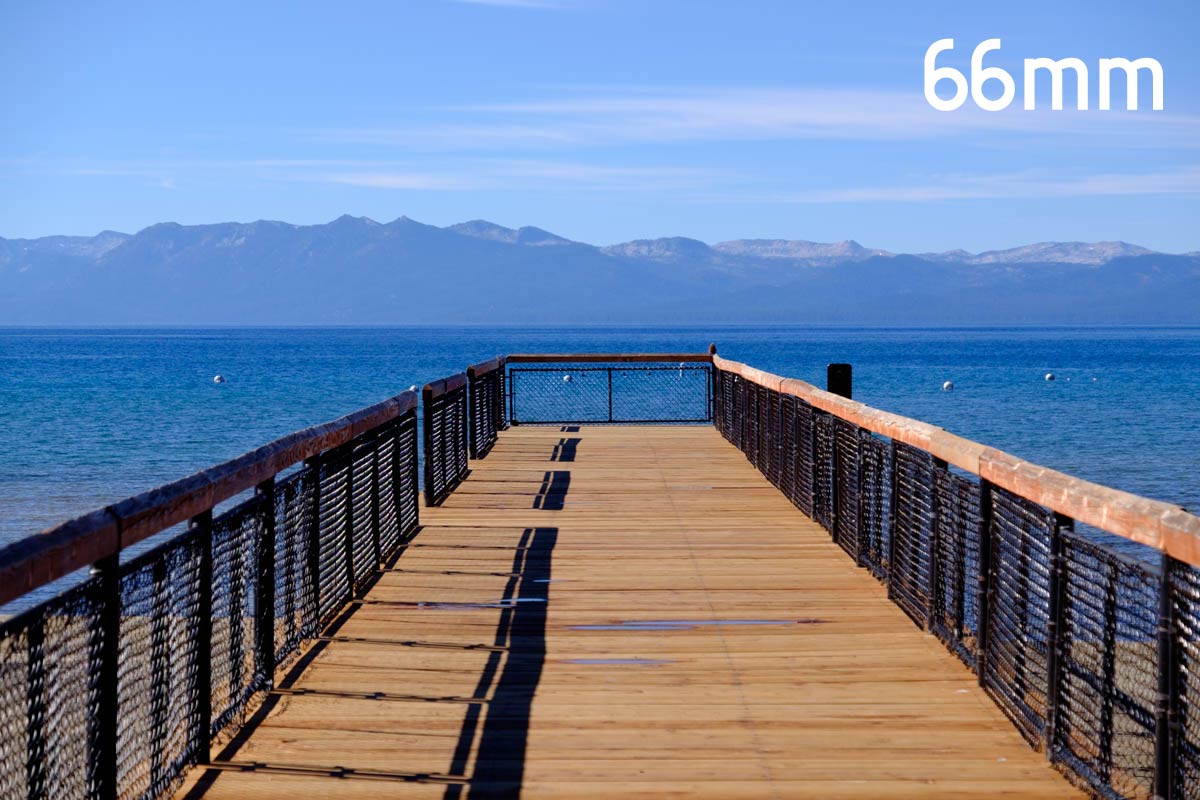 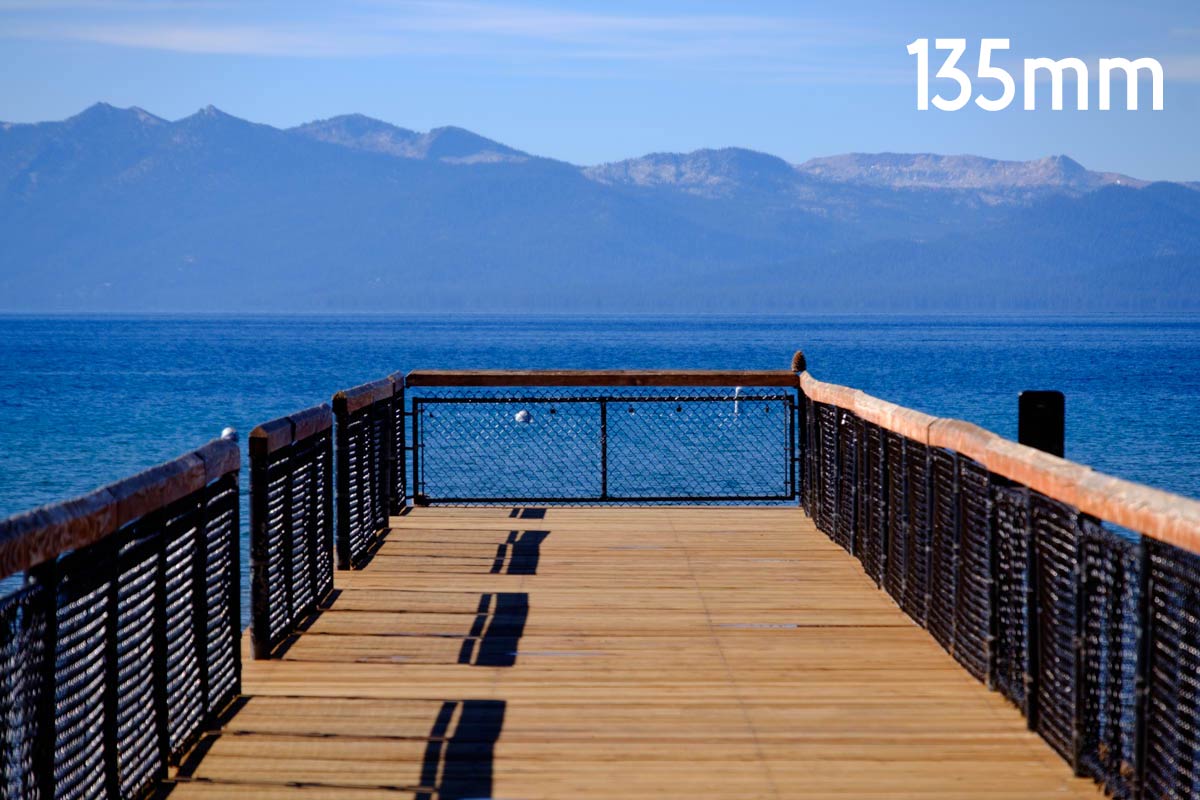 At this focal length the far end of the lake does seem very far. In fact it is 20 miles or 33 kilometers away. With a small change in zoom the mountains on the far end appear a little bit bigger but no so much. Now we have zoomed in 3x more than last focal lenght. And now we can see still plenty of the pathway but the mountains appear much closer.

Let’s max out the zoom on the lens now. Now this is incredible, the mountains are 20 miles or 33 kms away but they appear a lot closer and much more majestic in the image.

How cool is that just by zooming in all the way we’ve brought them much nearer than they actually are.

It always help to have a foreground element when you are trying to create such an image which gives the image much more depth.

What do you think about using the zoom lens to bring in close distant object? Let us know your thoughts.

Back from Vacation in Los Angeles

Advantage of taking Multiple Shots of Landscapes
2 comments Add yours