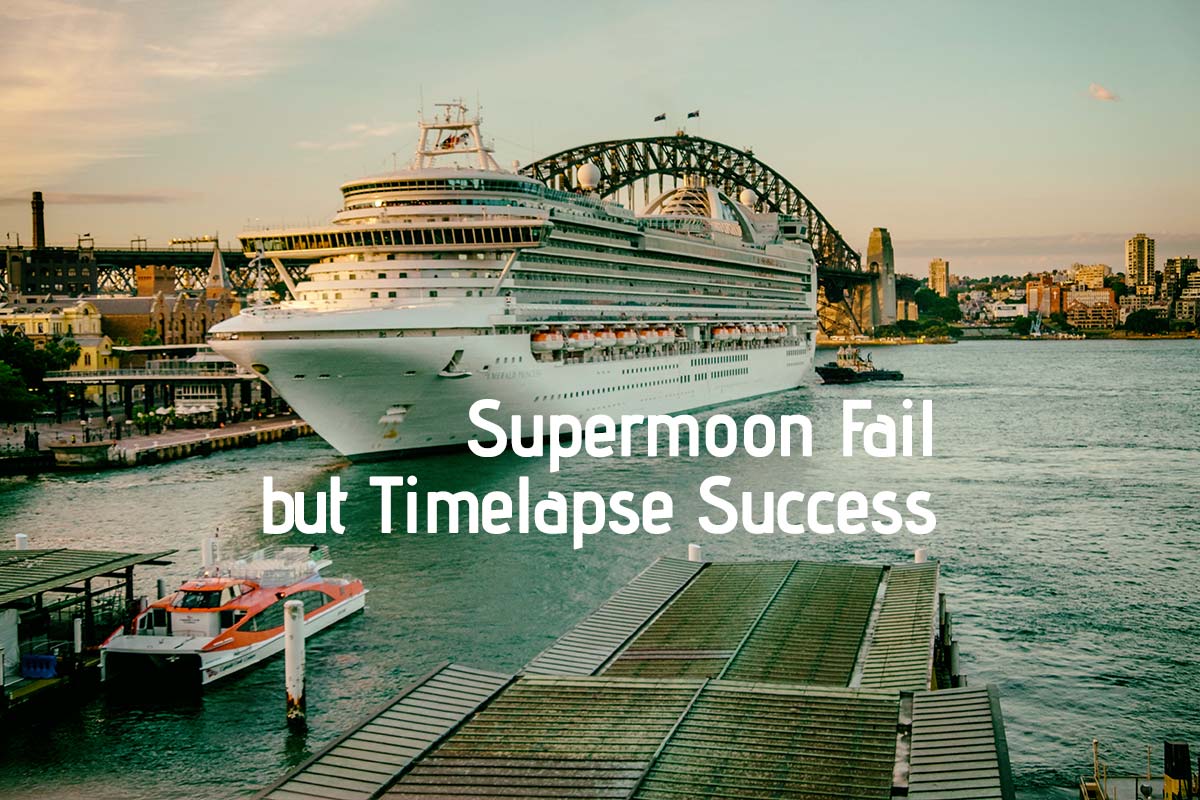 On the 14th November 2016 in the southern hemisphere the moon would have been the closest its ever been in our lifetime so it was the day for the Supermoon. Unfortunately, this day in Sydney the gods had showered us with rain so there was no chance of shooting the supermoon so I stayed home. However I was determined to go out on 15th to shoot as the weather was predicted to clear up. However, I was checking the moonrise time for the 14th still which was 7.07pm and based on this I made my way to Circular Quay to shoot the moon.

As I got there and it got closer to 6.30pm I found that the sun was still way too high and light was quite bright to be able to see the moon rising. Hence I jumped online and checked the timing of moonrise again which turned out to be 8.17pm. Big difference in the moonrise.

So I decided to walk up to the Cahill Expressway and shoot some Timelapse sequences. I setup the DJI Osmo Mobile to shoot some motion timelapse while the X-T1 was taking timelapse images with a different angle. The ship in the Overseas Passenger Terminal “Emerald Princess” was due to depart at 6.45pm so it was a good opportunity to capture its departure in Timelapse.

Here is the final result.