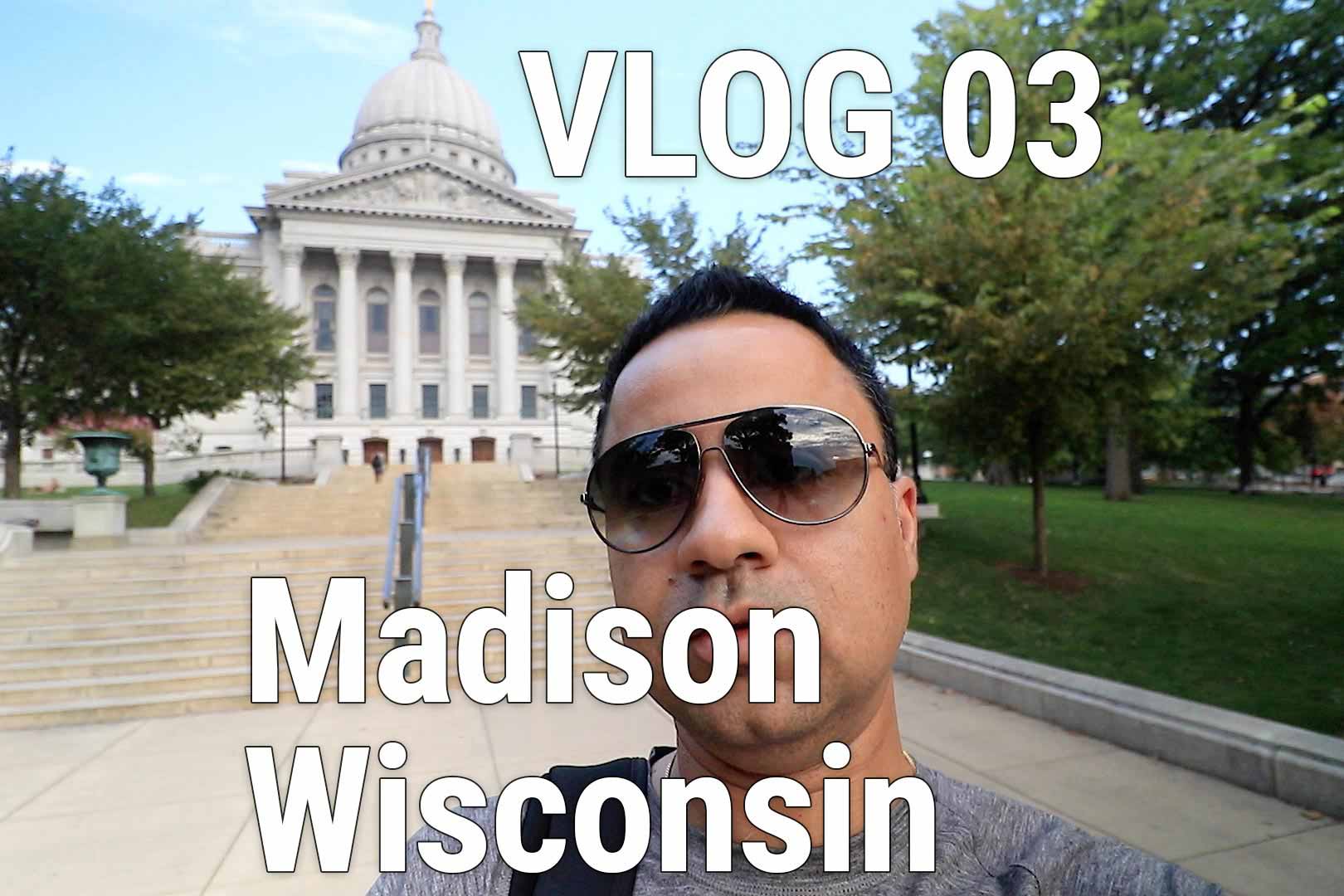 On a recent trip to US, I decided to capture another VLOG of my trip and this time I was stepping up the game using the Canon 80D for all the filming.

I had just purchased a wide angle lens with Image Stablisation, the Canon 10-18mm STM lens which would let me capture more stable videos.

First thing though I claimed GST (Tax) refund on the lens as I left Australia. I talked about maximising your GST refund in a recent post.

Once I arrived in Madison, Wisconsin after a 15hr delayed flight, missed my connection and waited for another 6hrs in Dallas and finally reached Madison after a final 2.5hr flight. I was exhausted!!

I made my way to the Hotel in Middleton where I was staying to attend a work conference starting Monday. I still had Saturday and Sunday to do my own thing.

Day 1 I started with me vlogging from my Hotel as I left out for the day. It was tricky and intimidating walking around with the Canon 80D pointed at me. However, I soldiered on and kept filming. Spent most of the morning and afternoon driving around and picking up a few things that my wife and daughter had asked for. So once I had gotten these things I was ready to continue the vlog.

I had to buy some t-shirts as the weather is Madison was quite hot, around 30c or 86f. As the sun was setting in the evening I went downtown to photograph the Wisconsin State Capitol. There were some clouds around so it would make for some great compositions.

As I wanted to process most of my pics as HDR, I was shooting in Bracketing mode. This allowed me to capture 3 exposures in the sequence 0, -2 & +2. I planned to process these in Aurora HDR 2018.

I took many different pics and videos walking around the Capitol with various different compositions. Just as I was finishing or at least as I had thought, the sunset and the lights came on. Well now the Capitol was looking totally different and I couldn’t resist photographing it more.

Once I got back to my Hotel after enjoying some delicious Nachos at BelAir Cantina Madison, I realised I had forgotten to pack my Card Reader with me and the Surface Pro 4 tablet only had microSD card reader. Since I’d be back a few days later I decided not to buy a new one. So the edits would have to wait until I got back to Sydney.

All the pics in this post were editing using Aurora HDR 2018 and the final vlog is ready and uploaded to YouTube. Please check it out and let me know in the comments what you think of it, I would really value your feedback. 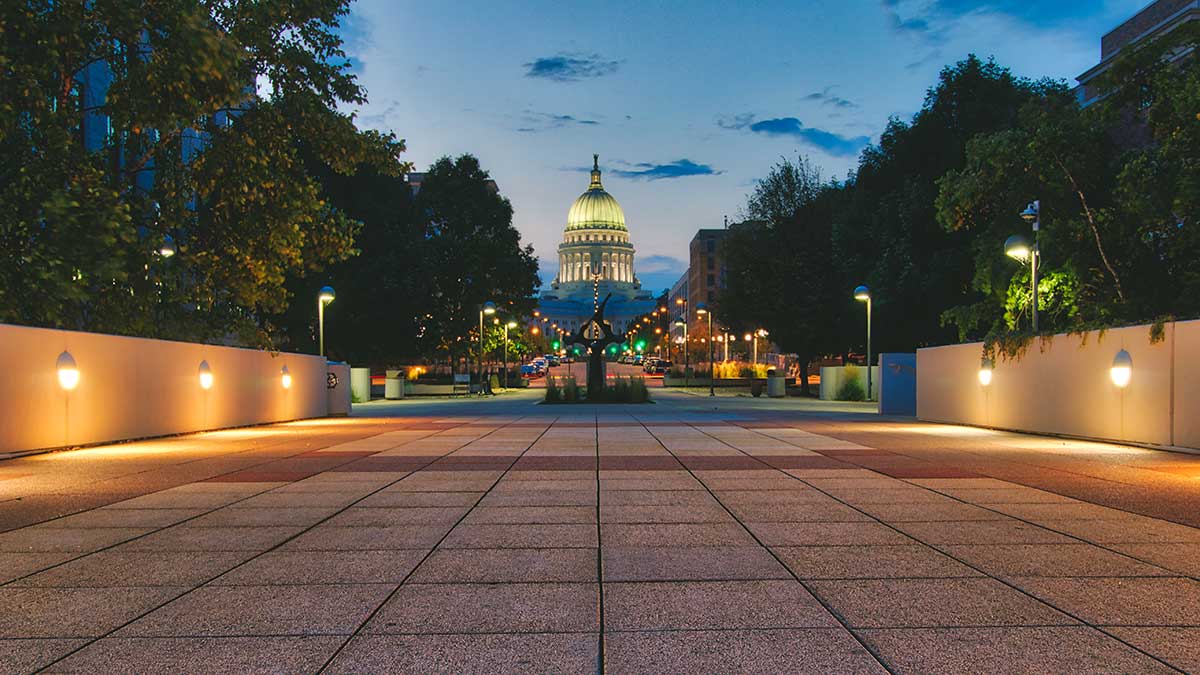 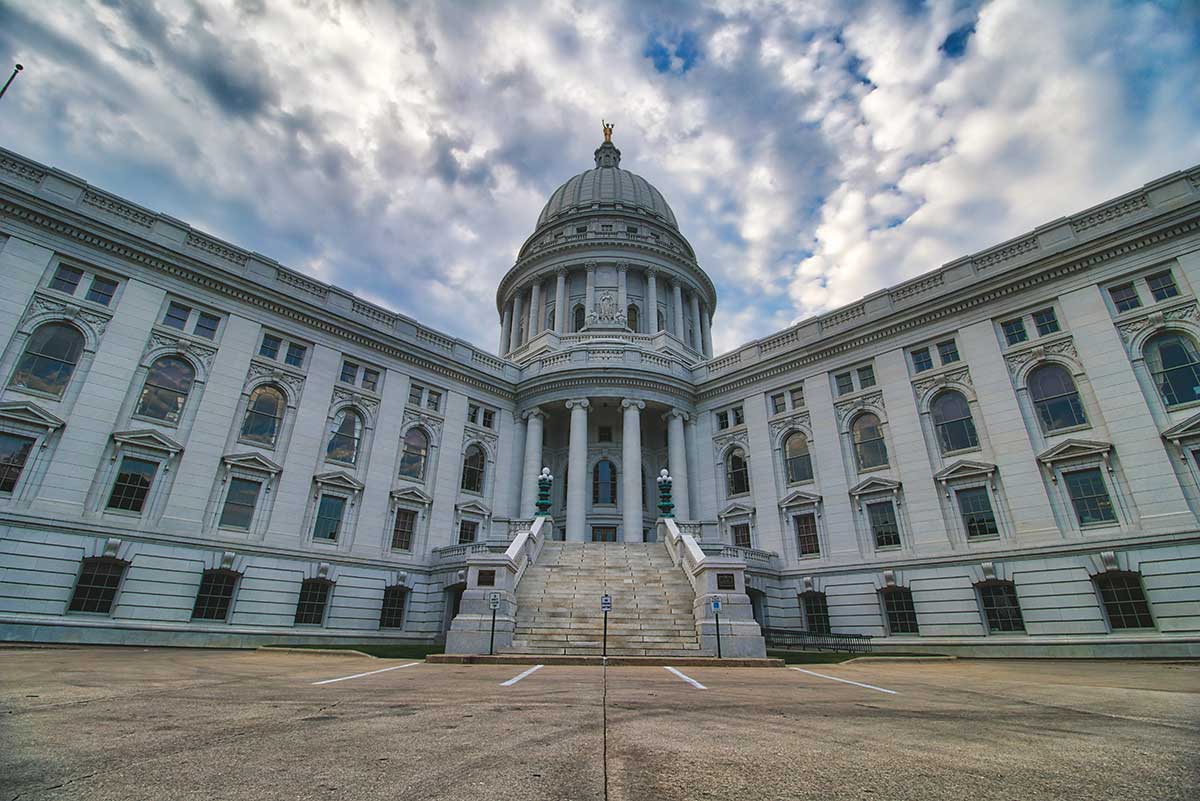 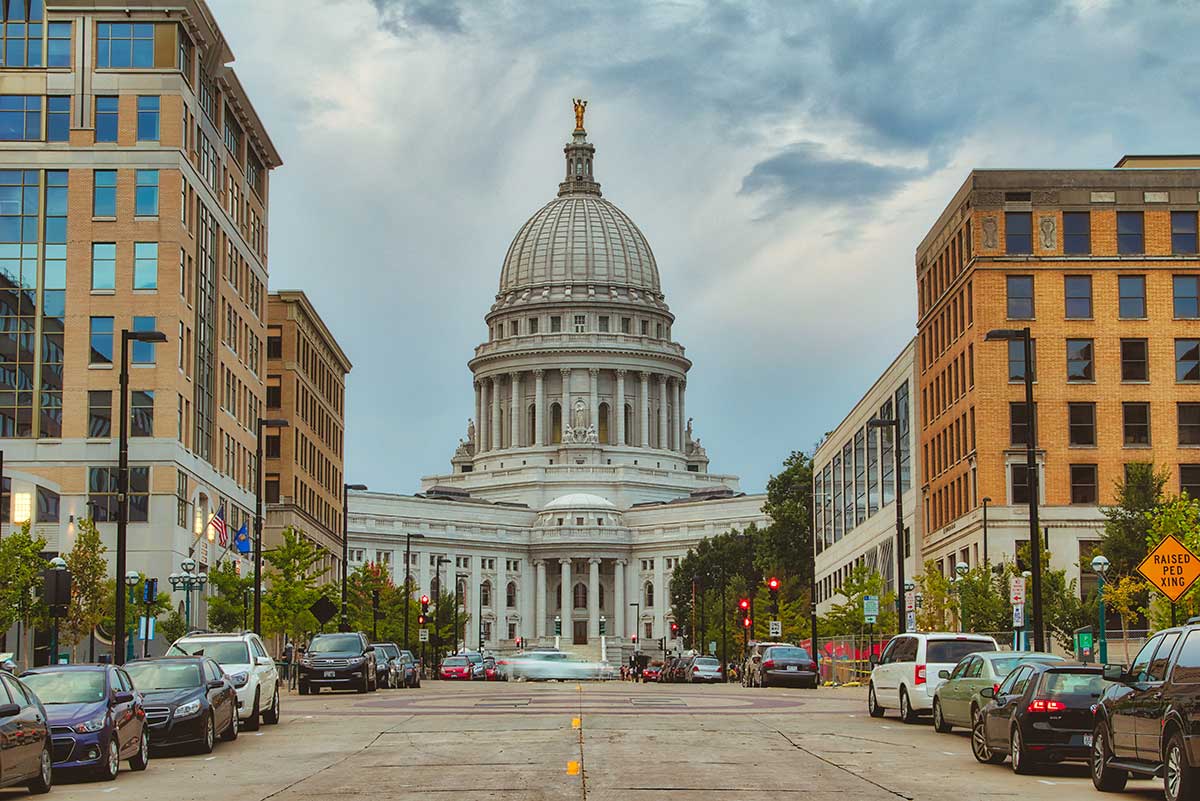 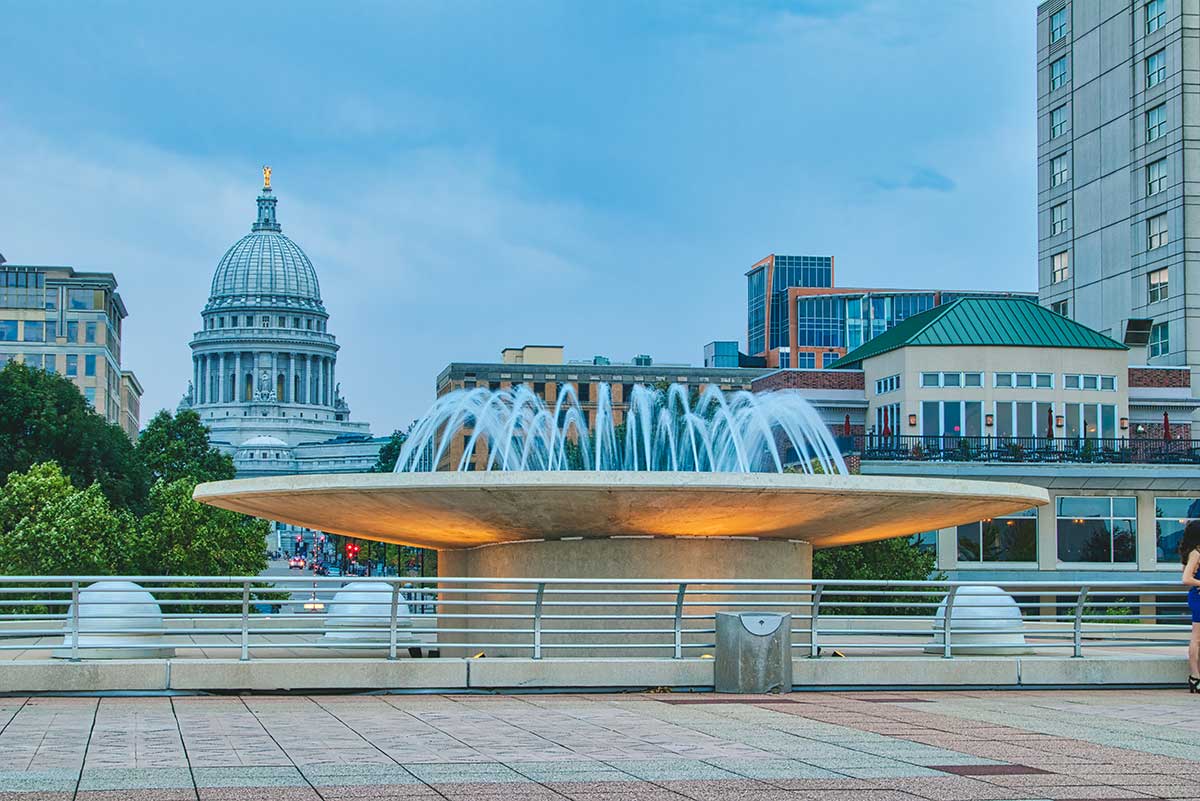 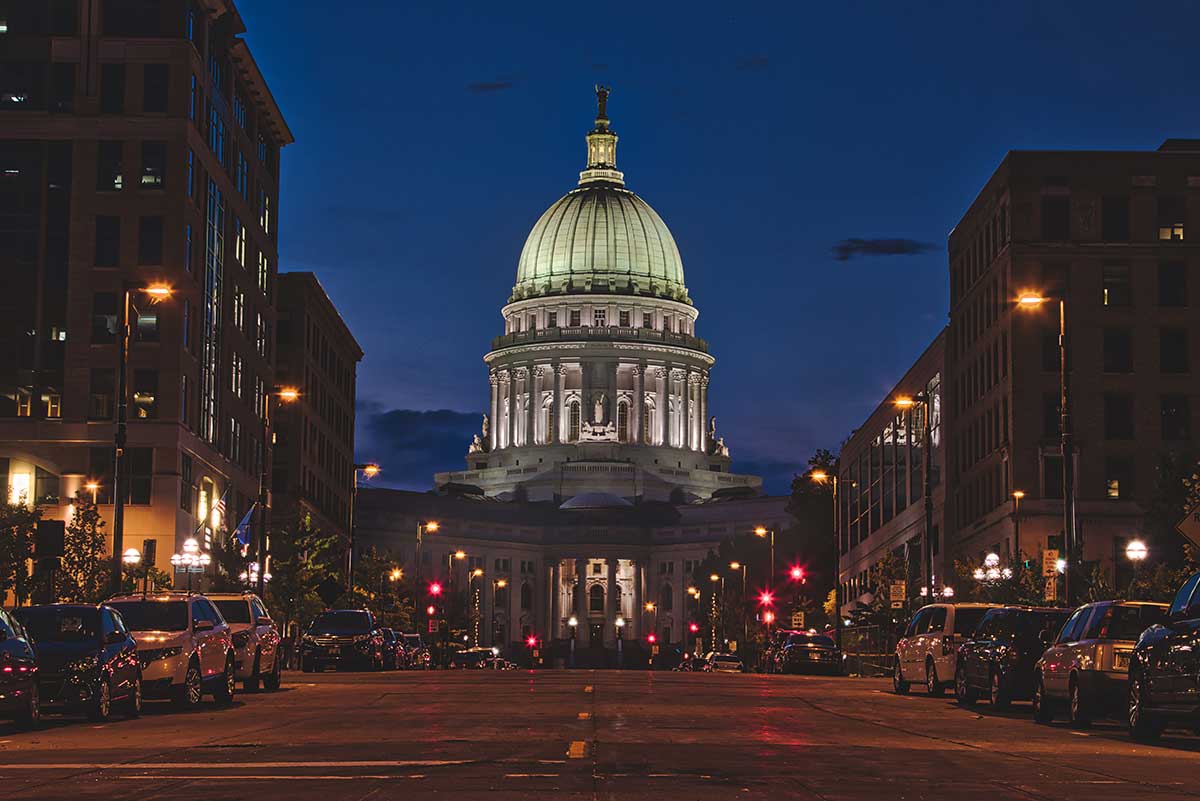