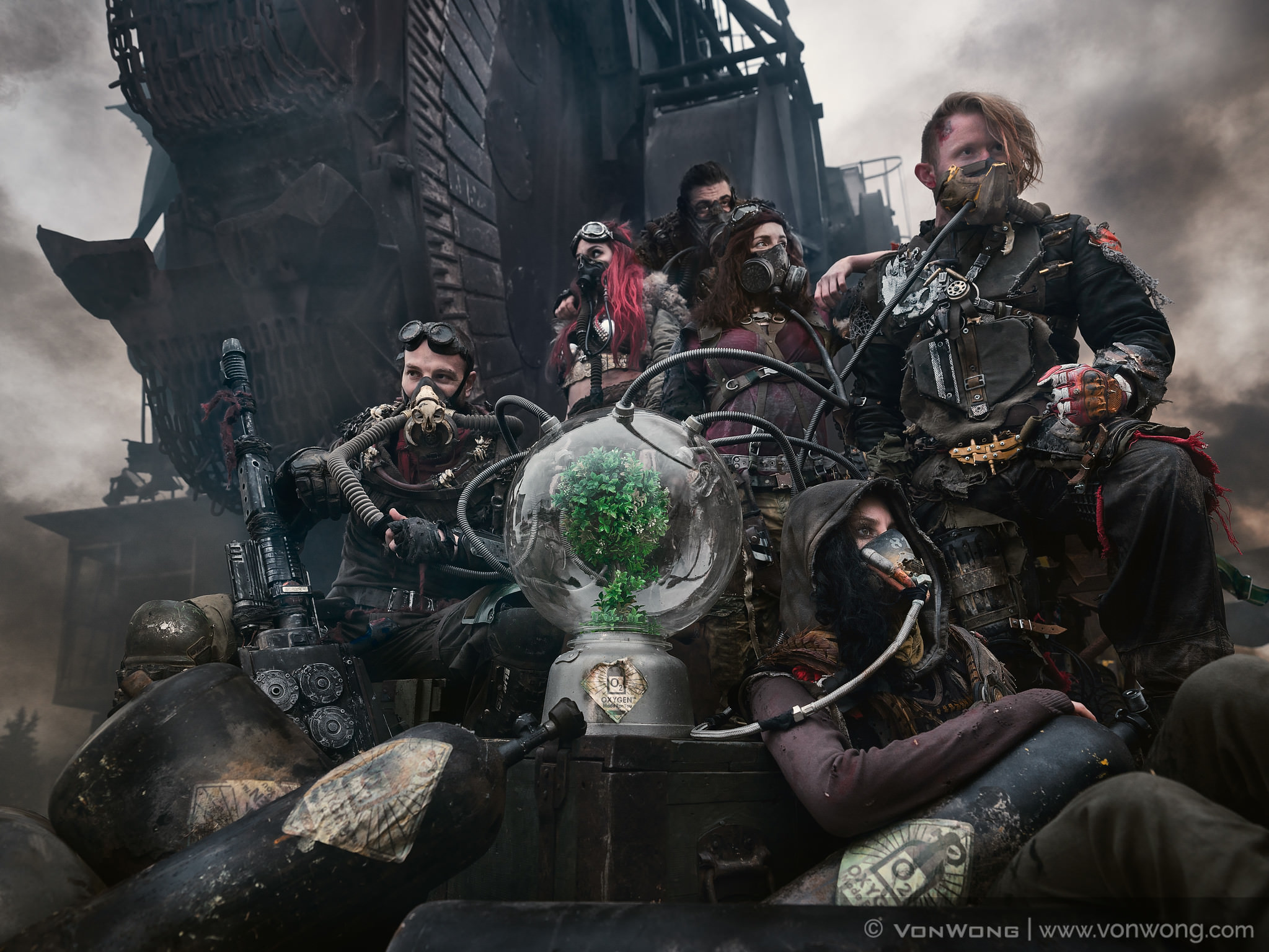 Ben embarked on another supersized project depicting post-apocalyptic world where oxygen has become a rare commodity and is being harvested. Oxygen is being bought and sold by corporations for man kind to survive.

His project is focused on raising awareness among society that being coal dependent when we have so much renewable energy at our disposal is harming the planet and we don’t take action our future generations will struggle to survive. Behind the Scene of the Shoot
Photo by Anna Tenne

Ben, came to this idea when he discovered that a company is already started selling bottled oxygen to residents of polluted in polluted cities of world in countries like India and China. Check it out for yourself the website.

Frankly that is quite scary thought that something that we take for granted and breathe freely can become a product for some organisation. Essentially they are creating a market for it capitalising on countries that continue to produce electricity using Coal. His idea became even more real when the US announced that they will be opening more coal powered plants to produce electricity.

I remember arriving many times in New Delhi when you land, the plane would pass through the clouds and then you’d see another layer of grey which looked like clouds (underneath) but in fact it was a thick cloud of smog you went through. I did some digging around and it seems that in India majority of the electricity produced is done using coal. In 2014-15, India produced 65% of its energy from coal (source).

So he teamed up with Wasteland Warriors and other photographers on this project. They found an incredible location Ferropolis in Germany which is a museum housing these giant excavators which were used to mine for coal in the same location.

Needless to say that they did a great job putting the project together and the results speak for themselves. Photographs (above & below) by Von Wong With the help of dozen volunteers and eight volunteers he realised his vision of creating a post-apocalyptic world where Oxygen is sold. If you’d like to read more about this project, please head over to his blog post titled “Mad Max meets Trump’s America“.

What you can do today to make a difference?

You can help support Ben’s project. Follow these links:

Mad Max vs the Environment