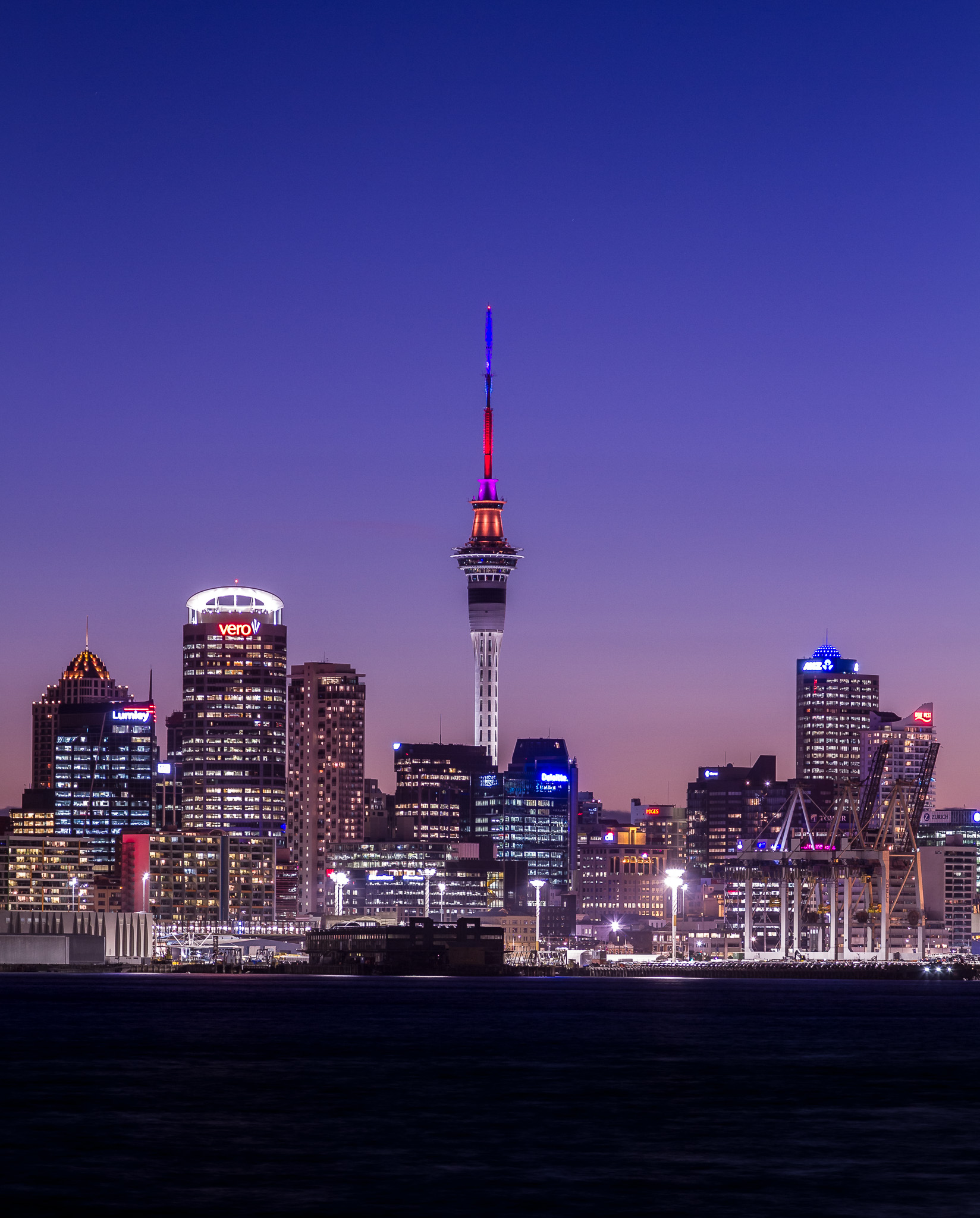 Rules are meant to be broken. Photography should not be controlled by the rules but be based on the feeling that it creates. Traditional photographers will still tell you that rules should be followed.

However, not having learnt things the traditional way but more by practice and reading online I am a true believer in creating art that appeals to people. If you like it then don’t worry about it.

Last month in Auckland I took the ferry over to Davenport to shoot the city Skyline. Unfortunately there were no clouds in the sky but clear blue skies. So I started shooting as the sun was setting and the light was becoming very beautiful as the sun set.

The Sky Tower is the feature of the Auckland skyline so I setup a composition where the Sky Tower was in the dead centre of the image. I then zoomed out until the surrounding building were completely in the frame. Before I started editing the image the RAW image in Lightroom the image was cropped but only to reduce the dark sea at the bottom of the image. Which again broke the image from a standard 4×6 composition ratio to a totally custom one. Starting off the editing process in the Develop module, adjust the white balance to increase the blues and purples. Then adjusting the levels to increase the Exposure, bring down the Highlights and increase some Shadows. Set a White point and Black point. Clarity and Vibrance will always enhance a landscape image so in my workflow this process is a must.

Finally, reduce some Noise and increase a lot of Sharpness. Just the above changes take the photograph from its original RAW state to the final result.