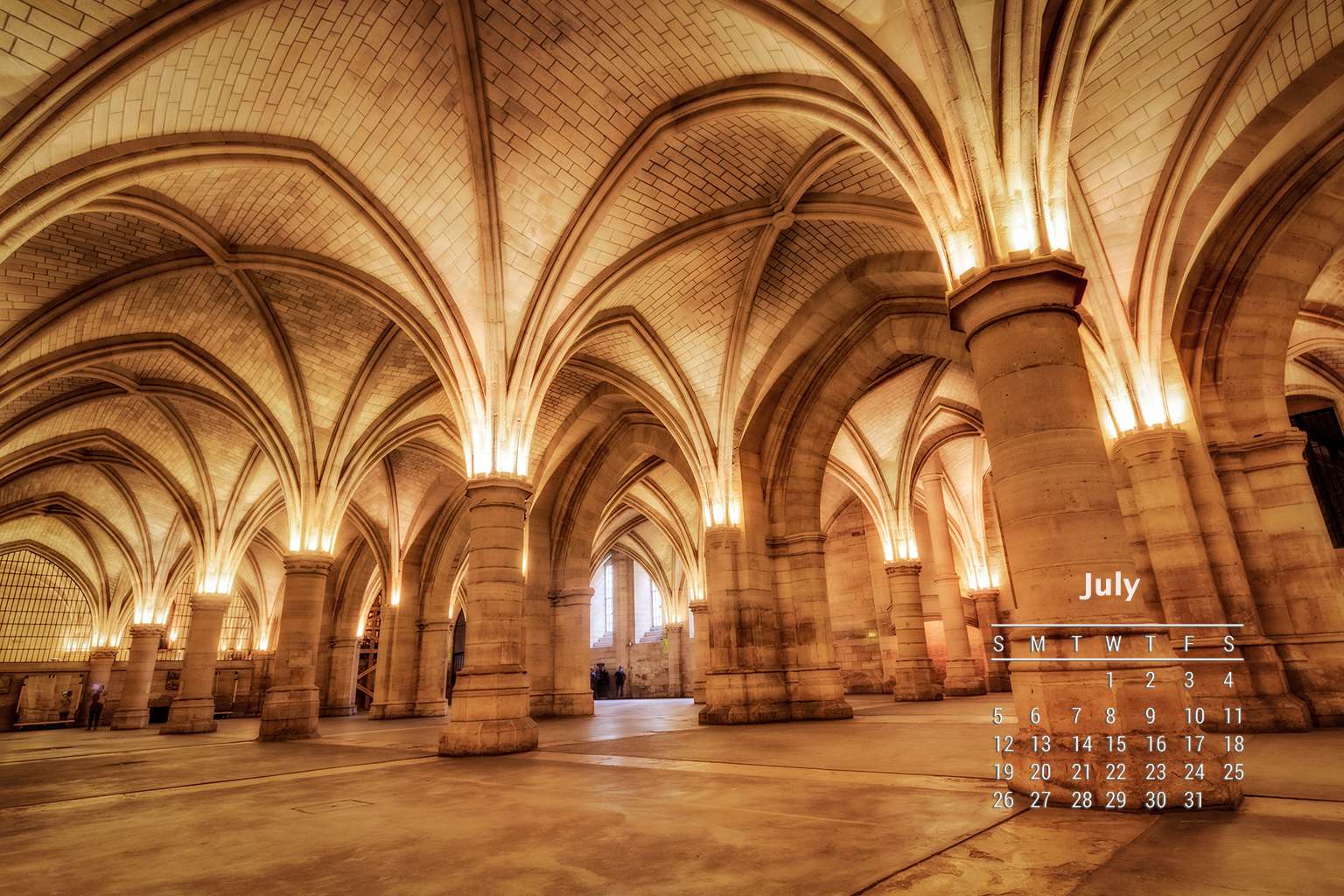 This month’s wallpaper comes from La Conciergerie, Paris. It was taken back in 2013 when I visited Paris and stopped over to visit this tourist attraction. The entry ticket was pretty cheap, 8 Euros I think and in the middle of the afternoon there was no queue. I went in and took my time setting up the tripod and taking many images. The security guard spotted me from his chair he was sitting on and told me “no tripods” (with a french accent of course). I said ok and moved on but as he was lazy to get off his chair and check again, I just picked different angles and perspectives while being invisible behind these magnificent pillars.