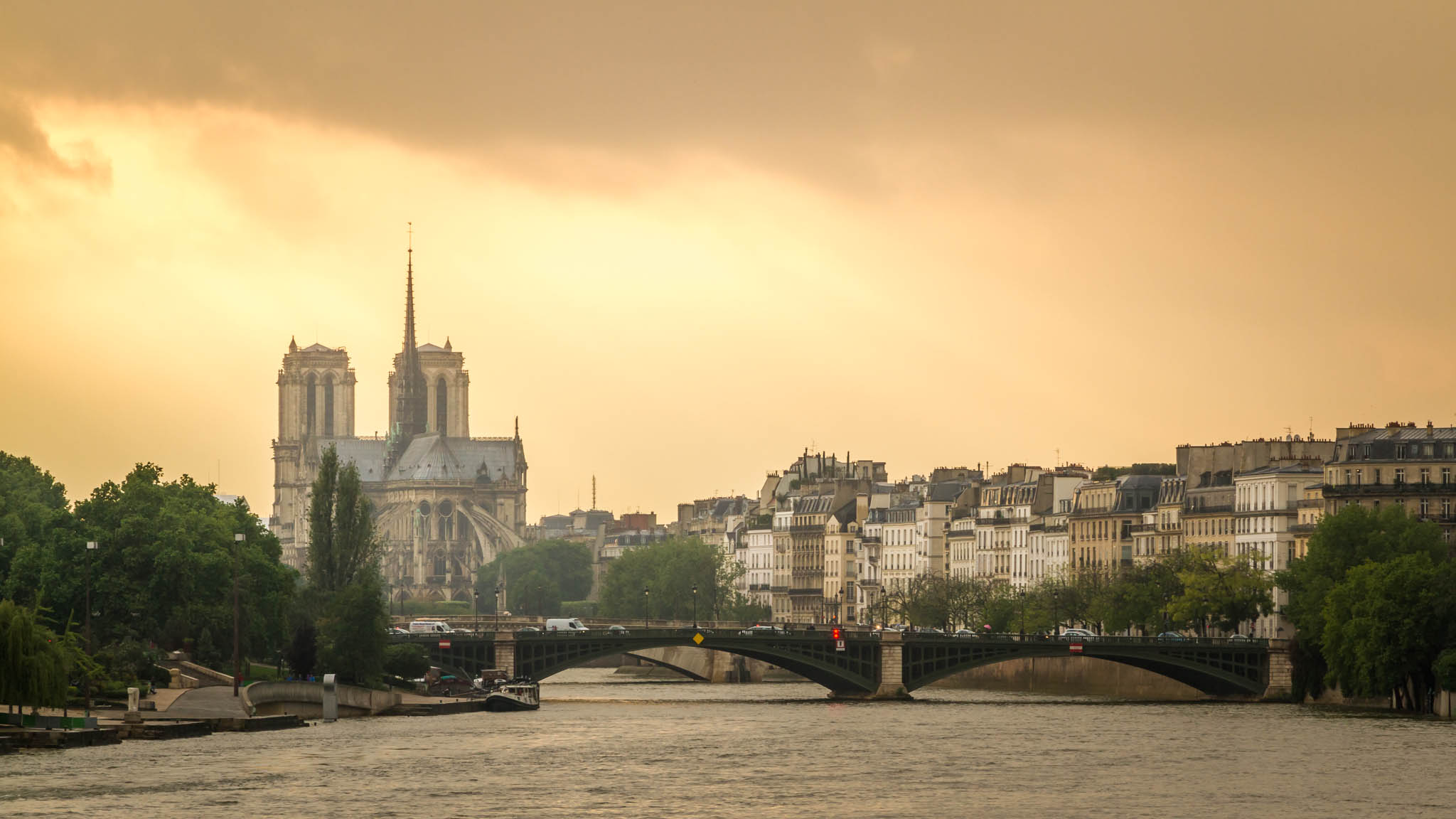 I landed in Paris while it was pouring rain at the Charles de Gaulle airport, discovered the trains weren’t operating from this terminal, had to walk across to another terminal to catch the RER (regional train) to reach Bastille and checked into my hotel. By this time, the rain had stopped so after a quick snack I decided to go out for a walk to take some photos.

As I walked out determined, small drops of rain started to trickle down but I kept walking. I’m not one to get scared about my gear with a bit of rain so I continued heading towards the river Siene (La Siene) across the Pont d’Austerlitz bridge. I looked over to the Notre Dame cathedral and saw this interesting scene where the sun was trying to fight through the clouds as it was setting. It was almost an apocalyptic and end of the world feeling, so of course I setup my tripod to take a few photos.

I’m sure you’ve all experienced Murphy’s law, so as soon as I took a couple of shots the heavens opened up and it started to pour down. This was something to be scared of as my 7D can withstand some sprinkles but not really designed to withstand pouring rain. So I packed up my gear, put the rain cover on my Thinktank Retrospective 20 bag and headed back to the hotel. Rest of the evening was a write off as the rain didn’t ease but I was happy I got this shot.