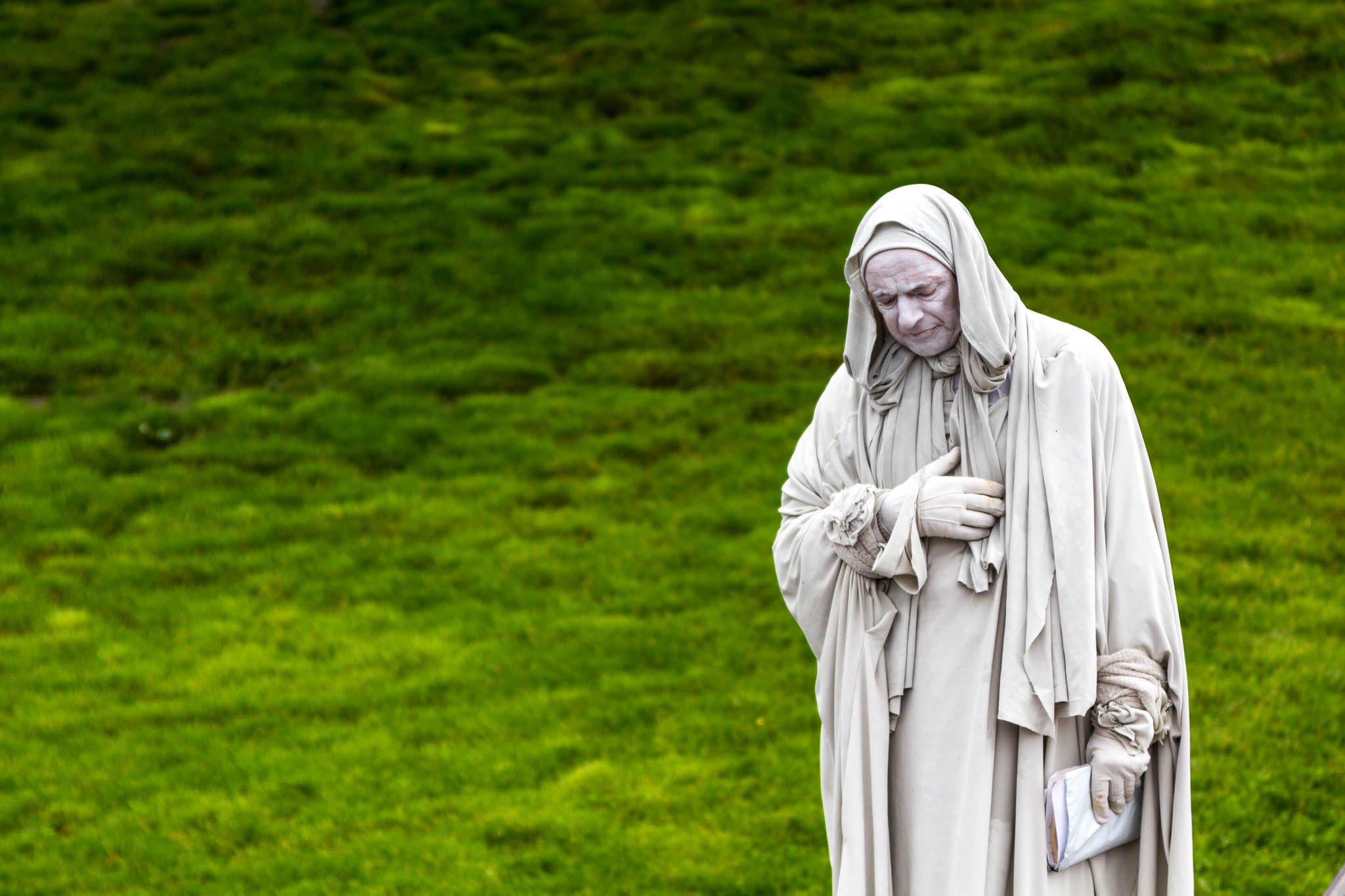 What is working the scene? This is something I learnt a while ago. It means that once you are in front of a good subject or location, don’t just point and shoot but instead spend some time looking for around  for good compositions and clean shots.

While in Paris, I visited the Sacré-Cœur Basilica (also known as The Basilica of the Sacred Heart of Paris) located in Montmarte, I see this character posing near the steps. From a distance you’d mistake him for a statue but when you get up close you find that he’s real, although holds very still. My first instinct is to grab the camera and shoot, and this is my first shot. Although I have him on the left of the image and not in dead centre there are still lot of distracting elements in the image; the green garbage bags, the railing running into the man and the top of some dude’s head. First image at the location

So I move around to the right and try another composition. Now I get rid of the stairs and most of the green garbage bags but still there remains the railing on the corner of the composition.

Second Image at the location

Still not totally happy with the image, I take two more steps to the right and re-compose my image while keeping in the same sort of position in the frame. And now I have no railing and the resulting image is much more cleaner with no more distraction. Of course one can argue that my second image could be photoshopped to look like the Third image but why spend 5 minutes doing that when you can just work the scene and get it right in camera. Third and final image at this location

I believe in avoiding using photoshop where I can and getting it right in the camera but of course when you can’t get the desired shot then photoshop will be your best friend.