Bridge into the Rainforest Gold Coast 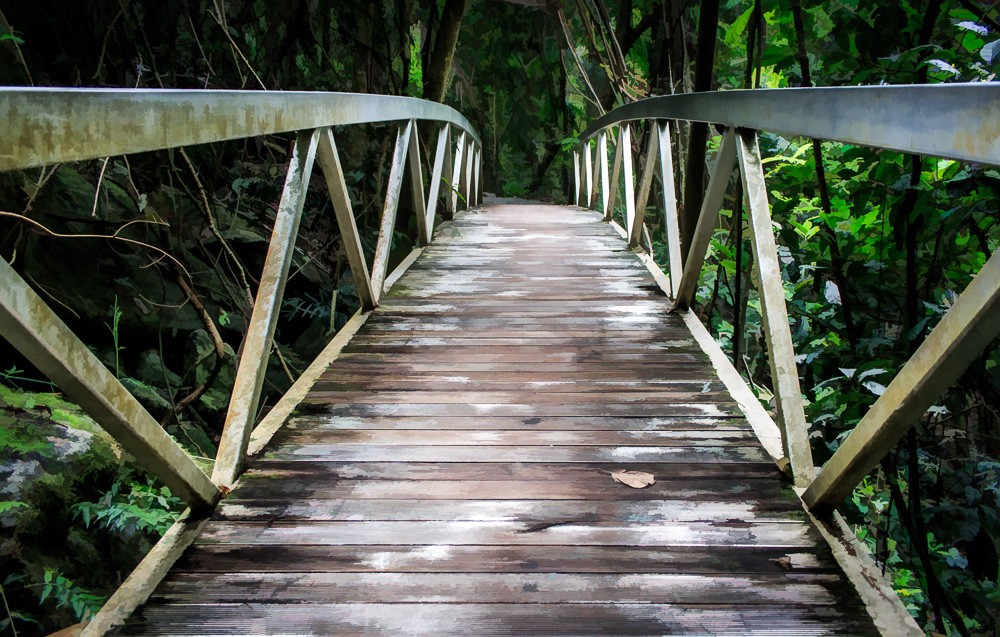 Took this photo a few years ago at one of the Rain forests near Gold Coast in tropical Queensland. Don’t recall which one it was because I hadn’t discovered the concept of taking photos of signs and marker when travelling.

Handheld photo using my very first DSLR, Canon 400D with the kit 18-55mm 3.5-5.6F (non IS) lens. Just goes to show that you don’t need the most expensive camera in the world to take a nice photo. The photo was edited in Adobe Lightroom 4 as it was shot in RAW then taken over to Photoshop for final touches. There were lot of leaves on the bridge that were somewhat distracting, so I used the Content Aware Spot Healing brush to remove unwanted distractions. One of the leaves had a nice shape and texture, which I left as an anchor point in the foreground. Now to produce the final result I used a Plug-in. Plug-ins are available in plenty and save you so much time, not having to do all the work manually. Don’t be scared to try them, many pro photographers these days swear by them.

The end result is more an abstract of the rain forest. When you look at this photo from a distance it draws you in and when you look closely, it appears to be a abstract painting. Prints available from $3 each